Congratulations to all winners of Engineers Australia’s esteemed Excellence Awards.

The Excellence Awards seek to celebrate outstanding achievement and eminence in the practice of engineering, and standout service to the profession.

The awards play an important role in promoting engineering excellence and the significant contribution engineering makes to the community.

Young Professional Engineer of the Year 2022 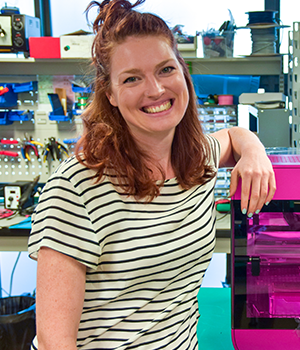 Deanna Hood is the senior robotics engineer on Inventia’s skin-printing robot ‘Ligō’. She works with burns surgeons to reduce the lifelong impact scarring has on bushfire, bombing and other widespread-burns survivors. Since her first internship at 17, she’s been driven to apply engineering to society’s most exciting and rewarding challenges.

Deanna pioneered the CoWriter robotic partner, which allows children with handwriting difficulties to benefit from ‘learning-by-teaching’. Deanna was also a core software engineer on ROS 2, now used in NASA’s VIPER mission. Her firmware contributions to the RASTRUM 3D bioprinter have supported cancer researchers to leverage RASTRUM’s precision engineering to advance treatment of the disease.

Engineering Associate of the Year 2022

Mal is the Chief Development Officer at Sunwater leading the delivery of major water infrastructure projects. Before joining Sunwater, Mal worked in the private sector serving in a range of project and management roles across Australia, New Zealand, South East Asia and the Middle East. In his 35-year career he’s worked on some of Australia’s largest water infrastructure projects, totalling over $8bn of investment. Mal is an avid sponsor of diversity, equity, sustainable development, safety, wellbeing and skills development. He recognises water is the most essential building block of a nation, providing good public health outcomes allowing economic growth. Mal is passionate about a world where everyone has access to safe drinking water and sanitation.

Engineering Technologist of the Year 2022 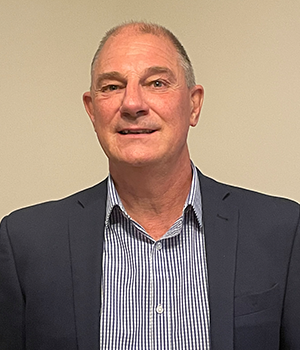 Nick has a background in space; communications; weapons; electronic warfare; intelligence, surveillance, target acquisition and reconnaissance (ISTAR); and project management. He has worked and lived in the UK, Saudi Arabia and Australia.

Nick has served with the Royal Air Force, the Royal Australian Air Force and the Saudi Arabian Airforce. He has also undertaken various operational tours in the Falklands, Northern Ireland, Iraq and Afghanistan. He is semi-retired and is currently the Chief Engineer responsible for the design acceptance and technical certification of equipment.

Professional Engineer of the Year 2022 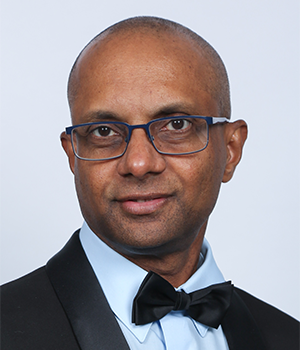 Distinguished Professor Karu FIEAust, from the University of Technology Sydney, is a world leader in electromagnetic and antenna engineering. He is a national leader in engineering technologies for defence, telecommunications and space systems. Karu is a Fellow of the Royal Society of New South Wales, IEEE and Engineers Australia, and is a Director of Innovations for Humanity.

Karu’s engineering research and development, leadership and professional engineering activities have received a number of international and national awards. Over his career, Karu has provided support to more than a dozen Australian and overseas companies. 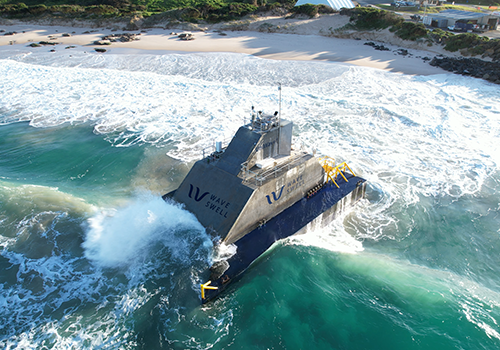 The King Island UniWave200 Wave Energy Converter Project is a world-leading proprietary technology that demonstrates conversion of the energy in ocean waves into clean and emissions free electricity. 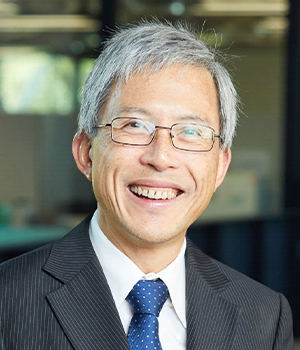 Professor Hui Tong Chua is a highly respected and innovative academic, whose work has great potential to benefit the industry and provide technological breakthroughs to battle climate change. He has published prolifically and holds numerous patents. Professor Chua has made a significant contribution as an educator, innovator and entrepreneur. He also supports young engineers and women engineers. 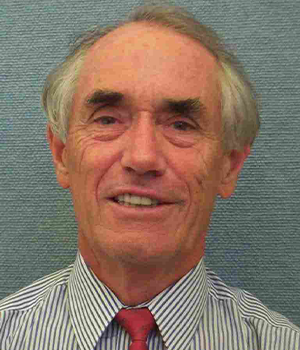 Ernie Evans had an exemplary career, his numerous works are a legacy to his design expertise and leadership. His contribution, through lecturing and mentoring, inspired young engineers to become leaders. His knowledge of concrete enabled higher standards and levels of construction in Australia. Ernie is held in the highest esteem by all who know him and by many engineering leaders. 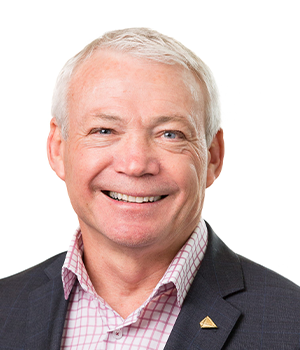 Professor Keith Hampson’s leadership has resulted in national collaborative research projects that have increased industry skills. His projects have led to improved sustainability and productivity, reduced costs and increased safety. Keith is respected by leaders in the construction industry and academia. He has achieved global recognition for Australia’s research excellence in the construction sector. 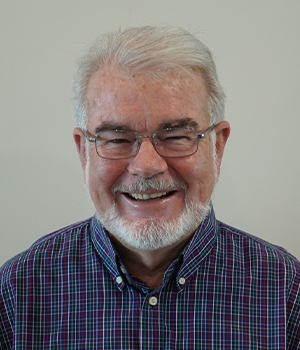 David McHugh’s engineering career has spanned over four decades of leadership positions. His influence cannot be underestimated across the public and private sectors on Northern Territory infrastructure development and strategic direction. David has made significant contributions to the profession and led changes from senior volunteer officer roles, including being a member of the national council. 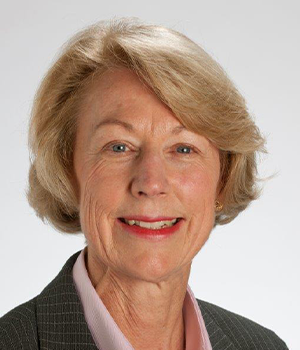 Emeritus Professor Doreen Thomas AM had a long and distinguished career in academia, pioneering solutions to complex network optimisation problems. She has been inspirational for other women in mathematics and science. Doreen has made significant contributions in leadership and teaching roles with real-world impact. She has promoted the next generation of women in STEM disciplines and taught mathematics to generations of engineering students. 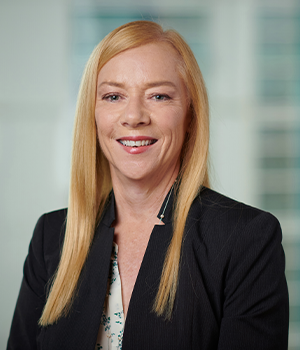 Merryn York has executive leadership experience, including eight years as CEO of Powerlink Queensland. She has also worked in a regulated electricity transmission business covering revenue and market regulation, developing non-regulated business streams, capital and operating expenditure management, government relations and reputation management. Merryn supports the development of others, including women in STEM and young engineers. Professor Yu has made an outstanding contribution to electrical and electronic engineering as a leader and innovator. His work on technologies related to cyber security, smart grids, current leakage detection to prevent bushfires, data mining to prevent money laundering and systems to prevent blackouts in the power grid has benefitted the community in Australia and internationally. Robin King HonFIEAust CPEng(Ret) was an Emeritus Professor at the University of South Australia and a Consultant to The Australian Council of Engineering Deans. He was was an extraordinary engineer, inspirational leader and brilliant academic who contributed widely to the profession and to Engineers Australia. Over several decades Robin worked across many areas including accreditation, engineering education, STEM and in addressing the engineering workforce and skills shortage. Robin’s local and international network was extensive, his insight and influence held in the highest regard.

Throughout his distinguished career, Robin held senior national positions with Engineers Australia, the Australian Council of Engineering Deans and at several distinguished universities. He was a student at Sheffield University in the UK and then as a graduate, worked with the BBC as a research engineer. His academic and engineering education career was impressive and diverse. Robin was a Lecturer at the University of Technology in Lae, Papua New Guinea, and then at the University of Southhampton, before he relocated to Australia in 1985. 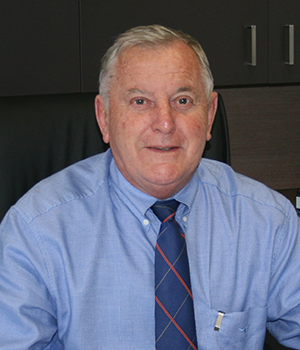 In 1968, he formed the electrical manufacturing company Ampcontrol. Through Peter’s strong leadership and technical expertise, the company has grown globally. Ampcontrol has been in the vanguard of developing advanced electrical and electronic equipment, which has contributed to the productivity and safety of Australian mining enterprises for over 50 years.

Ampcontrol’s technology and innovative ideas have gone out to the global market and the business has been positioned as not just an expert in the field but a leader.

Peter joined Engineers Australia in 1966 and was National President in 2006. In June 2015, Peter was appointed a Member in the General Division of the Order of Australia (AM), Queens Birthday Honours for significant service to electrical engineering. In November 2021, the University of Newcastle awarded Peter with the Alumni Medal for Professional Excellence.