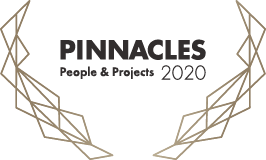 The national award program first began in 1988 after a decade of celebrating local projects through an Engineers Australia Division. After 32 years, we now recognize a new milestone in the awards history, celebrating via online ceremonies for the first time.

Today, project teams submit their entries locally and are assessed by a Division judging panel against specific criteria. From these entries, finalists are shortlisted and undergo a rigorous judging process to compete for one of six Australian Engineering Excellence Award titles in their Division.

These awards are presented at a virtual Division Awards Ceremony, with attendees from across the country and internationally. During the ceremony, one winner is also announced as Division finalist for the Sir William Hudson Award. The Sir William Hudson Award is the highest honor that an engineering project can receive from Engineers Australia and is presented at the Pinnacle Award ceremony in November.

Finalists and winners receive several tangible benefits associated with the awards program. On top of being recognized in front of peers and industry from across the country, you can expect to receive:

To enter the AEEA, entrants are required to submit project nominations at the relevant local level, depending on the project’s location (or where the majority of the work was carried out).