Engineer of the Year past winners

Past Engineer of the Year Award Winners

Engineer of the Year winners 2020 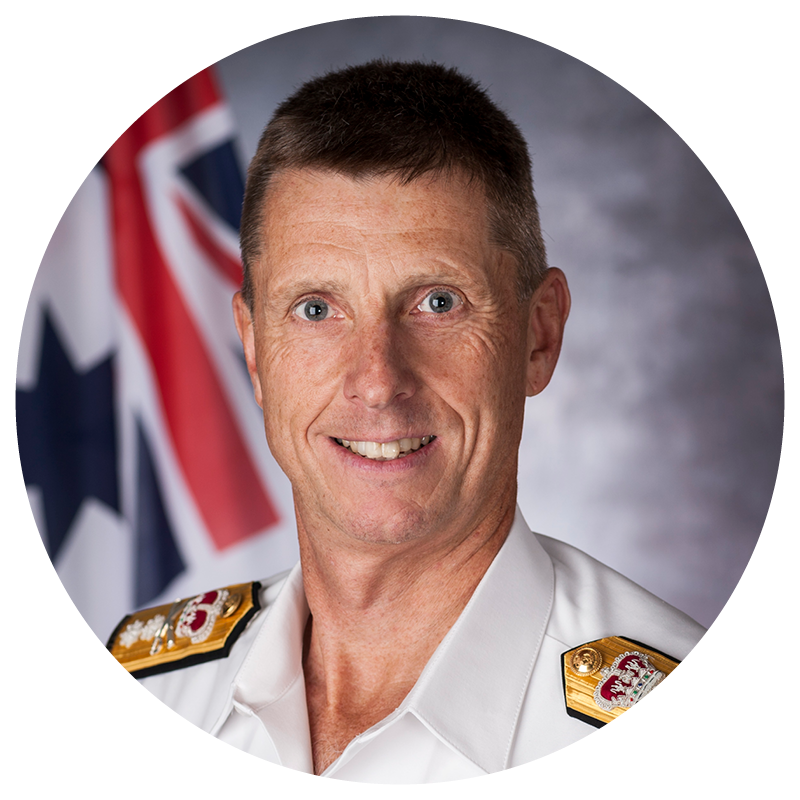 Professional Engineer of the Year 2020

RADM Colin Lawrence joined the Navy in 1986 as part of the inaugural first year intake into the Australian Defence Force Academy in Canberra and graduated with a Bachelor Degree of Electrical Engineering.

As a Navy Aerospace Engineer, he has served in numerous support roles within Naval Aviation, on exchange with Australian Army Aviation and with the Air Force Directorate General Technical Airworthiness. His appointments include the Senior Maintenance Manager of the 816 Squadron Seahawk helicopter fleet, Officer in Charge of Rotary Wing Systems in DGTA, Chief Engineer of the Navy Aviation Systems Program Office and the inaugural Chief Staff Officer Aviation Engineering within the Fleet Air Arm Headquarters.

RADM Lawrence was promoted to Commodore in September 2012 as the Director General Navy Aviation Systems in the Defence Materiel Organisation and was responsible for the sustainment of all Naval Aviation capabilities and the major acquisition programs to introduce the Seahawk Romeo and Helicopter Aircrew Training System. In 2016, he served as the Chief Of Staff within Navy Headquarters, and in December 2016 was promoted to Rear Admiral. He is currently the Head of Navy Engineering and the Defence Seaworthiness Regulator.

RADM Lawrence is a Fellow Chartered Engineering Executive with Engineers Australia, a Member of the Australian Institute of Company Directors and a certified Level 2 Organisational Coach with the Institute of Executive Coaching and Leadership.

RADM Lawrence and his wife Julie have two sons. He is an active volunteer Surf Life Saver and is a keen AFL Geelong Cats supporter. 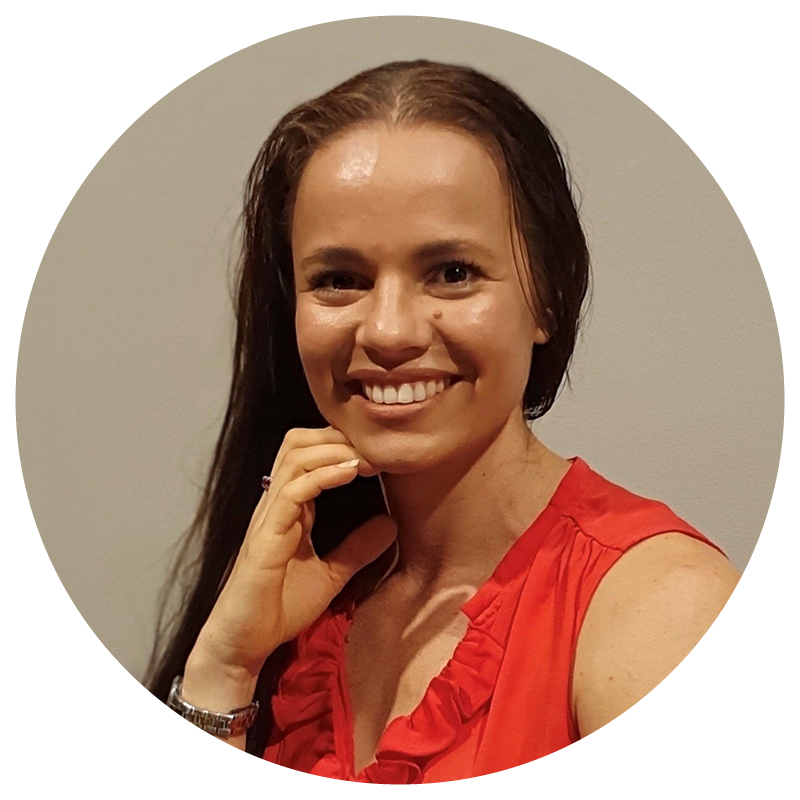 Young Professional Engineer of the Year 2020

Jacinta is a Certified Practising Project Manager and a Chartered Professional Engineer. She is currently the General Manager for Kalidonis, a construction company in Darwin.

Her previous roles have included working as a senior project manager delivering remote housing construction projects, Manager for the Transport Assets Program for the Northern Territory Government, as consulting structural engineer on a variety of commercial and industrial projects throughout the Territory, and an engineering lecturer at Charles Darwin University.

She brings an enthusiastic collaborative approach to all projects and stakeholders, with an ability to quickly identify and address key project constraints and risks. 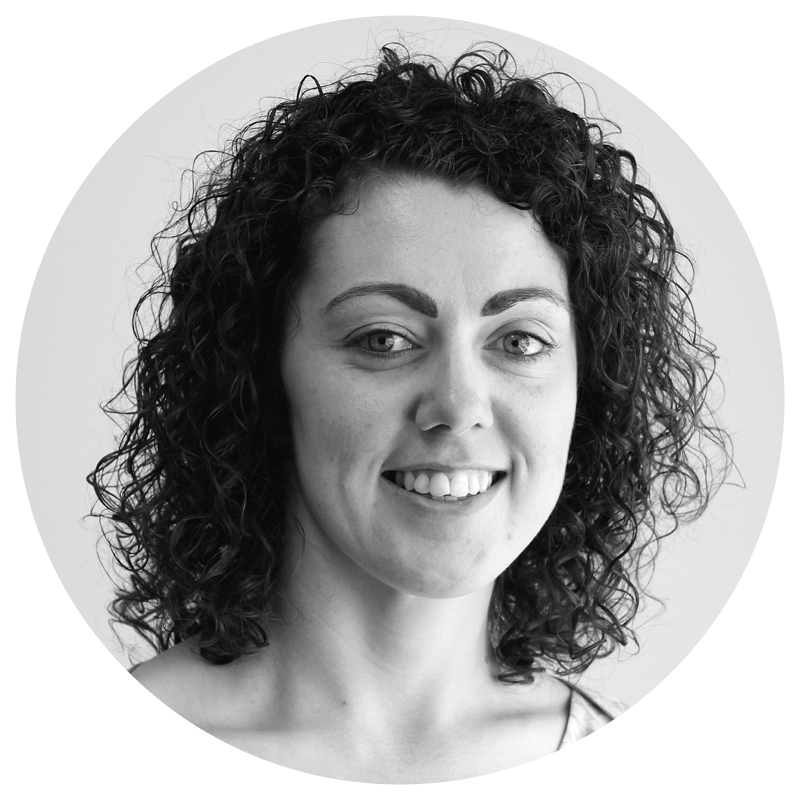 Engineering Technologist of the Year 2020

Sinead is an accomplished leader, project manager and engineer with over 10 years of experience. She has a reputation for delivering projects across various sectors through the full lifecycle whilst achieving delivery on time, within budget and to a high standard.

Since arriving in Australia six years ago, Sinead has gained invaluable experience to enhance her qualifications. She has successfully delivered multiple projects throughout the Northern Territory that have helped benefit and develop the community.

She has fostered her passion for helping others into actively volunteering, demonstrated most recently with her current role as President for Engineers Australia for the Northern Territory. 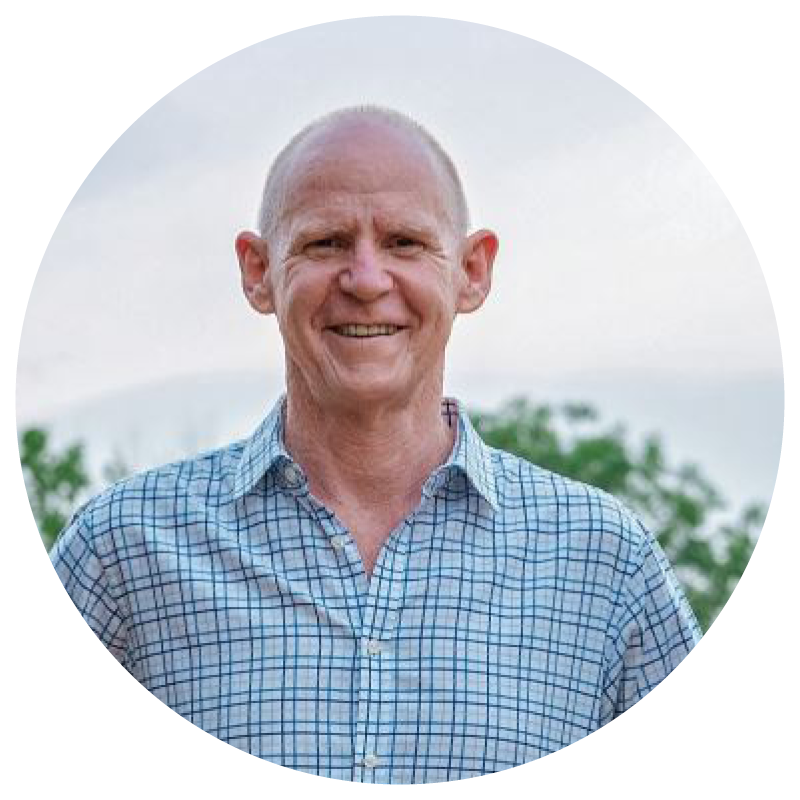 Engineering Associate of the Year 2020

Ian Fitzpatrick has 35 years of experience in the energy industry, specialising in power engineering risk.

Ian has been a passionate contributor to helping industry address the risk posed by powerlines to ensure safer communities.

Ian gained his experience in city, metropolitan and rural based companies located in Victoria and NSW.

WONDERS NEVER CEASE & ANYTHING IS POSSIBLE 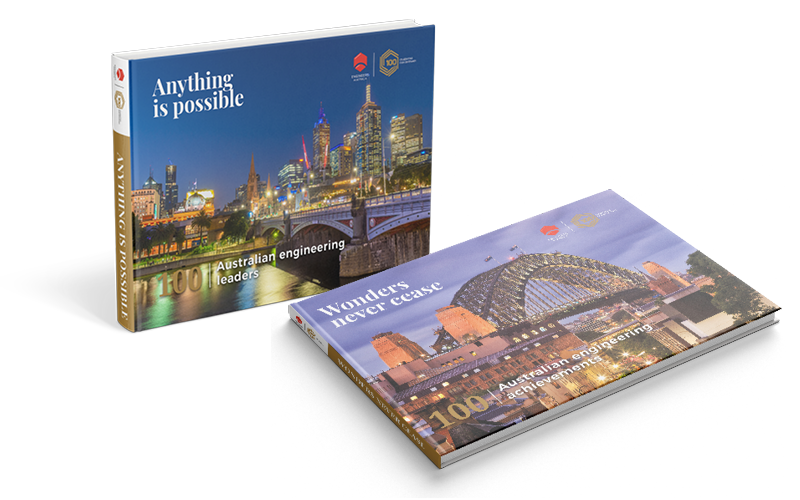 Owen Peake first raised the idea of a Centenary book 12 years ago. In 2019, the 100th anniversary of Engineers Australia’s founding, two books were released: Wonders Never Cease and Anything is Possible. This year the Presidents Prize recognises the hard work of Owen Peake, Bruce Cole, Neil Hogg and Keith Baker on these books. 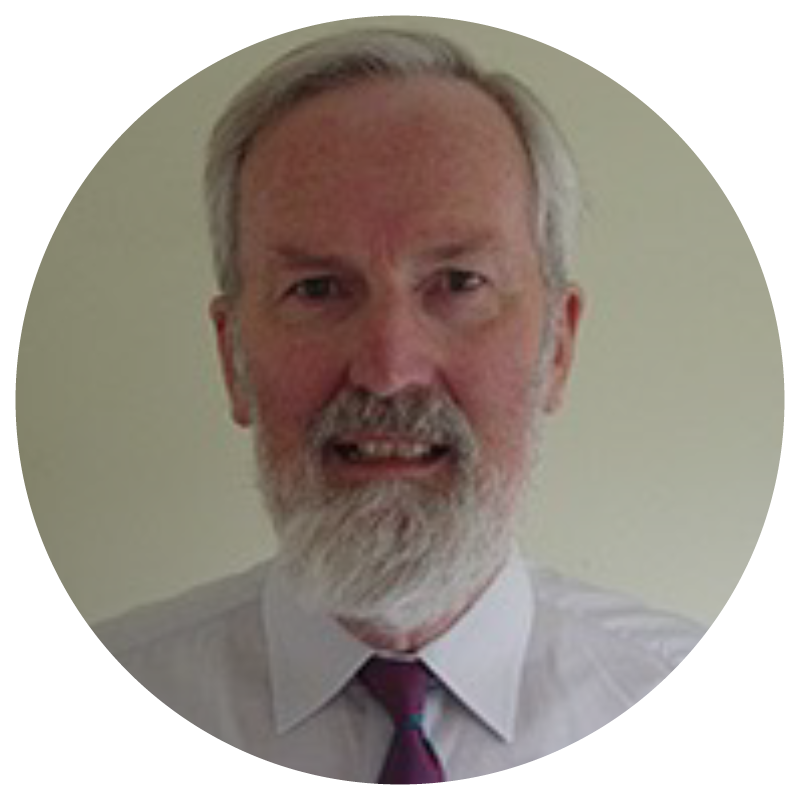 Bruce Cole was Tasmania’s Rhodes Scholar in 1953. He joined the Hydro-Electric Commission in 1958 and worked on dam design and construction. He spent 1974-75 in Thailand as Dam Expert advising the Royal Irrigation Department on two failed dams. In 1993 he retired as Project Director of the last two hydro schemes in Tasmania.

In retirement he developed an on-going interest in Engineering Heritage. This began with the Heritage Dams project which identified 25 dams in Australia and nominated them for listing on the Register of the National Estate. From that research, he produced two books: Dam Technology in Australia 1850-1999 and Australia’s 500 large dams – conserving water on a dry continent. He has been Chair of Engineering Heritage Australia.

For the Centenary books he was Chair of the team which produced wonders never cease and a member of the team for anything in possible. 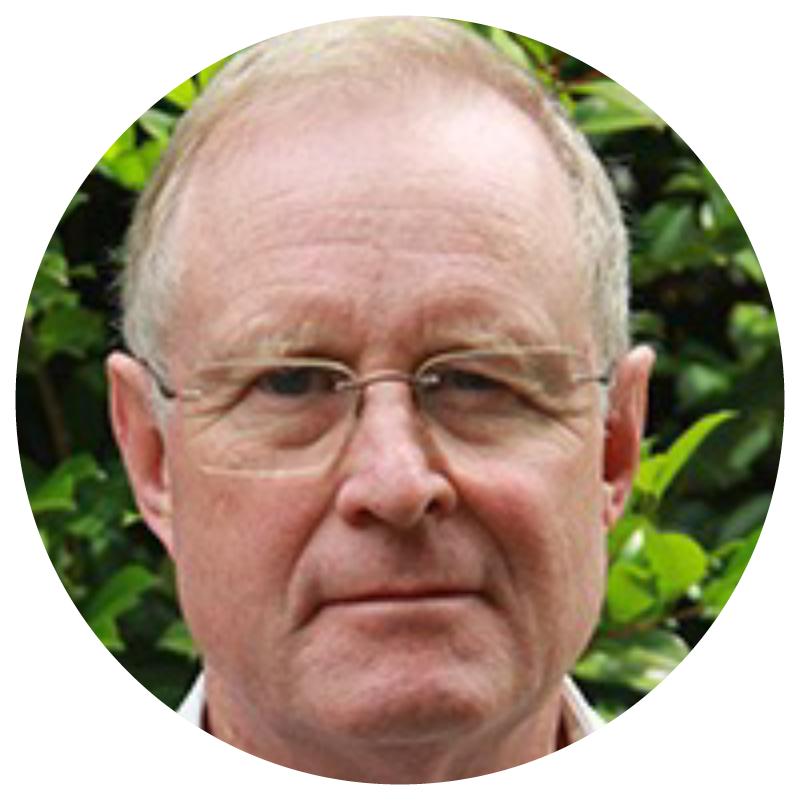 Neil is a mechanical engineer who spent 18 years at the BHP Port Kembla Iron & Steelworks before moving to Sydney to manage the global manufacturing and supply chain operations of Aristocrat Leisure Industries. Some years ago he decided to re-balance his life, travelling for leisure, taking on some part-time work in Australia and China and pursuing his interest in operating heritage machinery.

He is a long-time member of Engineering Heritage Australia (previously Chair) and is committed to the preservation of all forms of engineering and industrial knowledge, focussing on encouraging and equipping engineers to apply their modern engineering knowledge to maintain heritage items in operating condition. 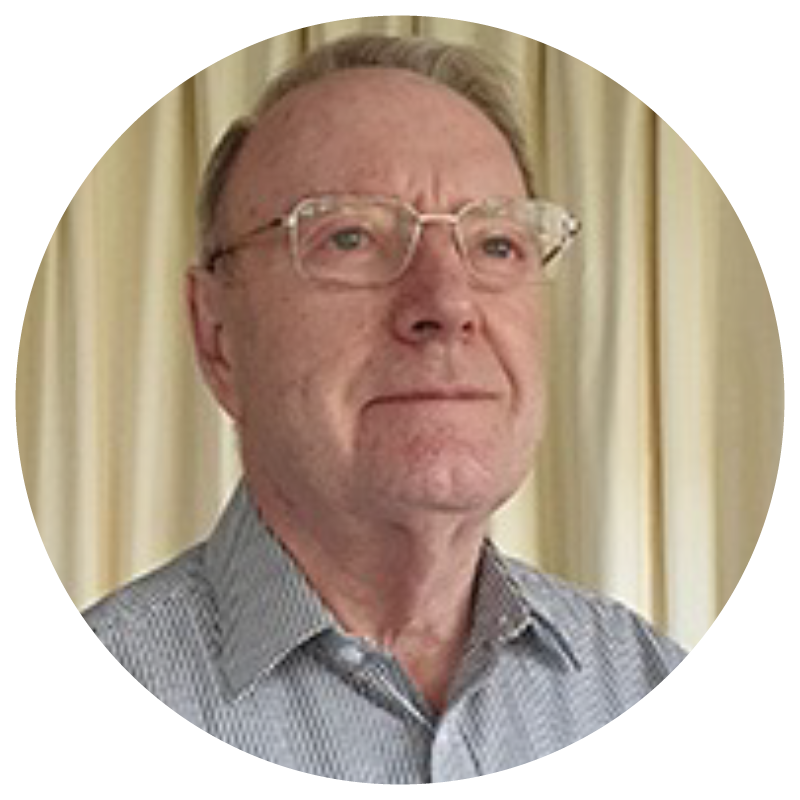 Keith Baker holds BE in Engineering from Melbourne University and Master of Applied Science (Cultural Heritage Management) from University of Canberra. After a career in engineering design construction and maintenance with the Commonwealth Government he carried out a number of consultancy studies and reports on industrial heritage sites, and worked for a time with the Australian Heritage Commission followed by the Australian Greenhouse Office and Department of Environment, managing renewable energy programs and policy.

Keith has served on the Committee of Engineering Heritage Australia with two terms as National Chair. After being commissioned to write a book for the Centenary of Canberra in 2013, he contributed to the first volume of the EA Centenary book on engineering projects and was invited to join the committee for the second book on 100 engineering leaders, where his role largely focused on the book’s structure and narrative.

Past Engineer of the Year Winners